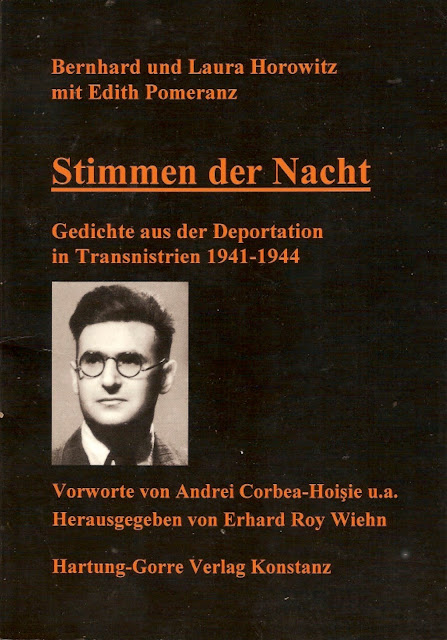 The poems written by Bernhard Horowitz, Laura (Pomeranz) Horowitz, and her sister Edith Pomeranz, in Bershad between 1943-1945, deal with daily life, emotions, fears, descriptions of nature, forced labor, and liberation. 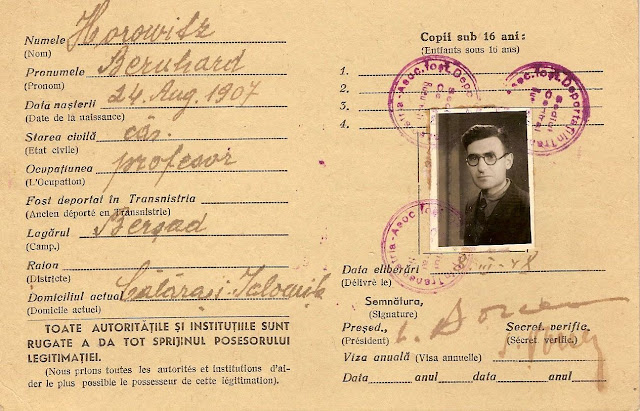 Ossi Horovitz: "Thank you for your visit in Bershad [Bershad, Oy Vey Bershad], and for your contribution to not let this place to be forgotten. This is the place were my grand parents, all from Czernowitz, perished. The parents of my father, Yerma and Zirl Horowitz and the parents of my mother, Osias and Zipora (Cilly) Pomeranz, died during the first winter (1941-1942). My parents, Bernhard and Laura Horowitz and my mother’s sister, Edith (Dita) Pomeranz survived, but Dita died afterwards, after long severe sufferings, caused by the years in Bershad. After the death of my parents, I found the poems in German, which they had written in Bershad. Some of them where published in a little volume "Stimmen der Nacht", Hartung-Gorre Verlag Konstanz, 2000." 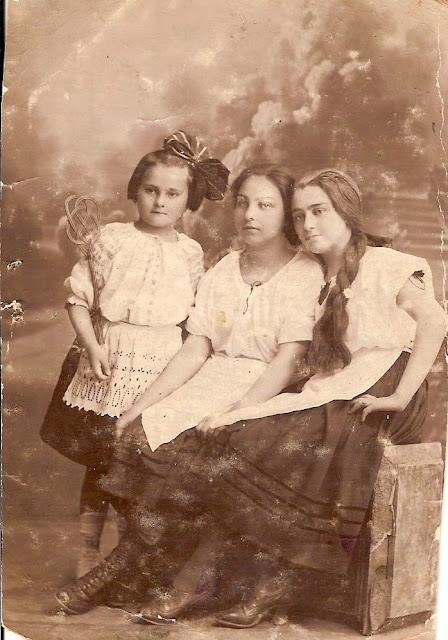 Email ThisBlogThis!Share to TwitterShare to FacebookShare to Pinterest
Labels: 2000, German