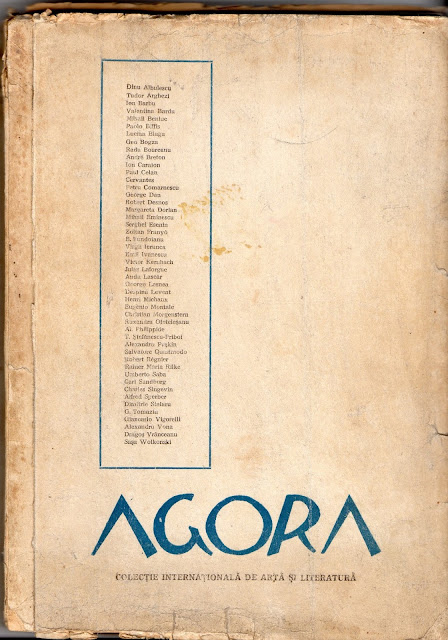 Bianca Rosenthal, author of "Pathways to Paul Celan: A History of Critical Responses as a Chorus of Discordant Voices": "In 1981, I participated in the Celan-Kolloquium in Bucharest which was organized by Dr. Uwe Martin the director of the Kulturinstitut der Bundesrepublik Deutschland and the Writers' Union of the Socialist Republic of Romania. My presentation was entitled: 'Quellen zum frühen Paul Celan: Der Alfred Margul-Sperber-Nachlass in Bukarest'. The meeting was a fascinating experience because it reunited a large number of people who had played an important role during Celan's Bucharest years, among them Petre Solomon who was instrumental re the Romanian publication of 'Todesfuge' (tango) as well as Ion Caraion, the editor of 'Agora'. "
Published by Edgar Hauster